A Network State is an improved version of a Normal State.

This is Part 1/5 of my essays on the Network State for the Tech Progressives Writing Challenge, also join build_ to connect.

What is a State?

A nation or territory considered as an organized political community under one government.

What is a Network State?

A network state is a social network with a clear leader, an integrated cryptocurrency, a definite purpose, a sense of national consciousness, and a plan to crowdfund territory.

It is not always easy to compare two big concepts with each other, so we must define the method first. We will structure this post similarly to the analogy above. Firstly, we will find the variables in the definition and define their purpose. Secondly, we will find the differences in variables between a Normal State and a Network State. Thirdly, we will derive and state the improvements. Let us start by finding the variables in the definition. A “state” is a general concept, which has three variables:

1.1 How is the “territory” different?

There are two important underlying principles here: Influence by territory and the distance metric. 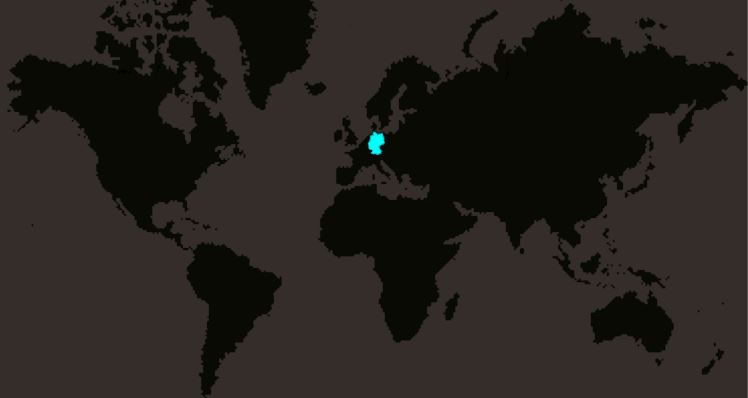 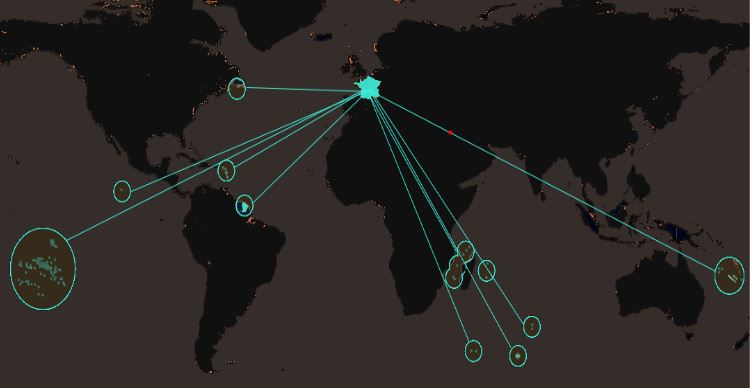 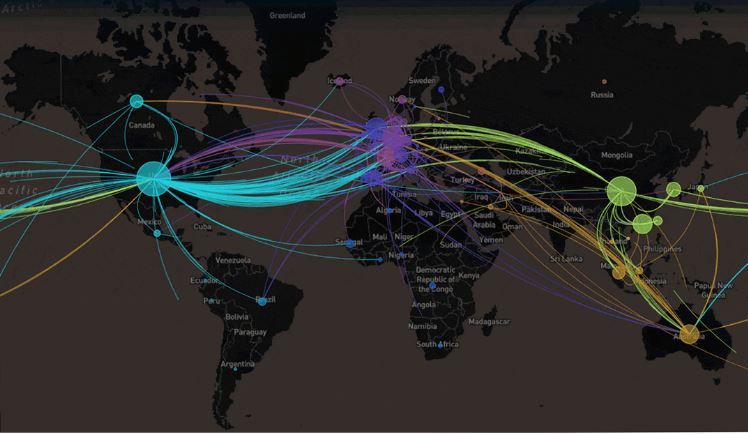 Firstly, because France has more territories, enclaves and exclaves, around the world. France uses its overseas territories for many different purposes, from cooperation to military bases.

Secondly, and more importantly, because of the language territory. What do I mean by that? There are 150M more people speaking French in the world than German. But why does it matter which language covers more territory? It matters, because as John Stuart Mill once said:

‘Among a people without fellow-feeling, especially if they read and speak different languages, the united public opinion, necessary to the working of representative government, cannot exist.’

In simple terms, the more people speak your language, the easier you can influence their culture and them as individuals. Even though your influence by physical territory is not growing, your global influence of the minds is. Everyone around the world knows Kanye West, but do you know who Olga Buzova is? I do not think so, even though she is the most famous influencer in Russia.

Kanye explained this phenomenon with a witty-russian reference here: “I understood that I am Young-Putin, when I realized that culture is the oil”. Thus, those who control the language, can influence more people and can shape the narrative.

Now read carefully, as this change from physical to abstract is also the main difference between Normal States and Network States. The normal state is physical first and abstract second. The network state is the opposite. You have to put your thinking upside down. The network state starts in the cloud (abstract) and only then acquires territory (physical), not the other way around. We have to start rethinking because one important variable in our system is not as significant as it was hundreds of years ago when these “old states” were formed. This variable is Distance.

Because we are clearly moving into a more virtual world, enabled by online collaboration, video conferencing, vr, and so on. The geographical “physical” distance is not important anymore as our lives are forming online. Thus we need to use geodesic “abstract” distance, which shows how far apart we are in the online world.

Hence, the main difference between Normal States and Network states is the spread of connections (measured by geodesic distance). The illustrations above can give a simplified view. Imagine making a point on the map for every 1000 citizens of the state within a certain physical location and connecting them by a line. Germany would have a very dense connection layer, all within a specific physical territory (Image 1). France goes a step further as its territory is further apart, but still, most connections are concentrated within a specific physical territory (Image 2). However, the connections of the Network State are not dense, but rather widespread with many small locations covering almost the entire globe (Image 3).

1.2 How is “territory” improved by a Network State?

Again, I tried to think from first principles here. What do citizens (people) actually need and how are these needs differently fulfilled by a Network State compared to a Normal State. If we start from birth, then the main conclusion which can be reached is that you cannot choose your state. You are born into it. So, how would you go about choosing the best state to live in? Well let’s simply argue from Maslow's Hierarchy of needs. You would look for a State where you have the lowest barriers to fulfill your needs.

Let us compare the barriers to need fulfillment between a Normal State and a Network State.

These factors mostly depend on the region of the world you are born in, so you cannot really argue that the Network State can give you a great improvement on that initially. Moreover, many first-world states already perform pretty good on these metrics.

You cannot really choose the people you surround yourself with in a public area. As you cannot choose the people you are born near to, you constantly encounter unpleasant people if you get to know everyone in your neighborhood. That is also why, oftentimes you do not even want to meet your neighbors in your “anonymous” apartment complex. In order to fill their psychological needs, people rather search for like-minded people in sports or book clubs. However, these are just small gatherings of potentially like-minded people. Also, all locations in a Normal State are somehow similar, even if you change the location, there will still be many unpleasant people living in the new location. This is also the main difference of a Normal State to a Network State in terms of citizens. A Network State is in itself a huge community of like-minded people. With Like-minded people in a Network State it is much easier to fulfill the psychological needs as you feel understood and supported.

Arguing for the statements above, the main difference is that the barrier to self-actualization in a Network State is much lower. The Network State will actually help you to achieve your full potential due to the like-mindedness of the citizens compared to the heterogenous crowd in the Normal State.

2.2 How is the “citizen” improved by the Network State?

3.1 How is the “government” different?

Governments originated with the purpose of protection. People understood that protection was easier if they stayed together. Later, the purpose was to create rules (by Man, by Law) in order to organize people and mediate between conflicts of interest. Finally, the purpose of states evolved from a “mediator” to an active participant in daily lives through economic and public service. As you can see the purpose of a state evolved. Thus, I would summarize the purpose more generally, similar to Plato: “The government exists for the benefit of all citizens.” - whatever the benefit might be that the citizens seek at that point in time.

3.2 How is the government improved by a Network State?

Even though the purpose might be different within each Network State, there is no rule of Man or Law like in Normal States. Due to the integrated blockchain and cryptocurrency, the Network State is governed by the Rule of Protocol. Thus, it may potentially provide a more trusted platform of exchange and mediation. Therefore, the main improvement of the government of a Network State is Trust. Laws in Normal States can be changed by single entities whereas the protocol cannot be changed, if deployed correctly.

Therefore the main improvement compared to a Normal State is that the government of a Network State automatically serves the defined purpose, whatever it might be, by Rule of Protocol. Hence, if the purpose of the Network state is served correctly, the government actually validates its existence for the benefit of all citizens.

The main points we derived on how a Network State is improved over a Normal State were:

“A network state is thus an archipelago of digitally-linked enclaves. It's also a country you can start from your computer, a territory one can acquire but not conquer, a community aligned around cryptographic consensus, a DAO that materializes in patches of earth, a city-state in the cloud, a body based on math rather than science, a group organized by geodesic over geographic distance, a polity that prizes exit above voice, a state that recruits like a startup, and a nation built from the internet rather than disrupted by it.” - Balaji

Make sure you read the two initial posts of 1729 about the Network State: Summary, Full Blog.